What a wonderful day in Los Angeles with friends from several years as well as brand new friends. In fact, I’ll say that as much as I keep coming to the Dan O’Day Summit each year for what I learn, it’s every bit as much for who I get to see and meet and spend time with while I’m here.

The day started with a journey inside the mind of Dan O’Day as he took us through his process of writing a radio ad campaign for a client in Ontario. Lots of good insights into Dan’s process and by extension into how I can understand the story my client needs to have told in my voiceover work. Not to mention those times when I write.

Following Dan’s talk about copywriting, we broke for lunch. Several of us VO-BB folk gathered around one of the tables for a photo together. 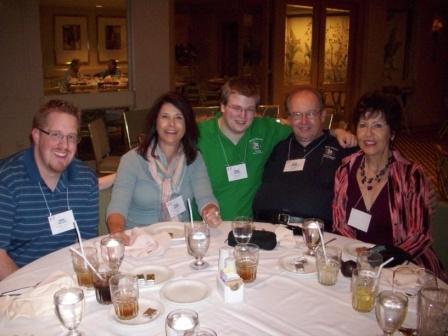 After lunch, we were back to the meeting room for our next session with Christine Coyle. 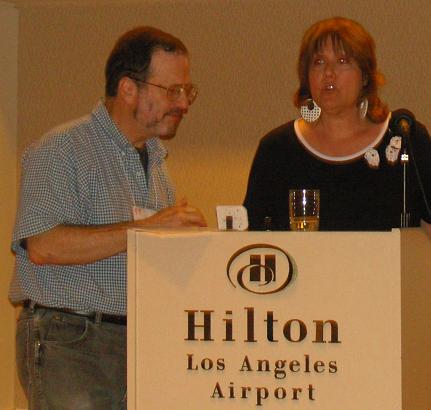 Dan O’Day and Christine Coyle just as Dan was getting ready to introduce Christine to the Summit 2009 attendees.

Christine, as she always is, was brilliant. It was ever so good to see her again and to get to work under her direction. We then had an opportunity to take part in a networking session in which we got to meet nearly everyone on attending the Summit this year. I found it very helpful and valuable.

Then after the networking session … 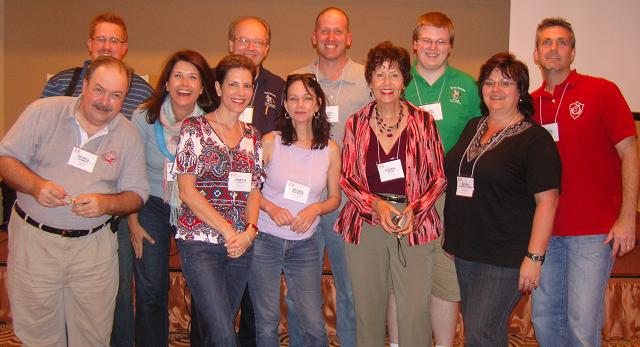 … a whole bunch of us from the VO-BB got together to have a group photo taken.

I’ll post more photos and comments from tomorrow’s session when we can.