Right after the Dan O’Day Summit meeting, several of us piled in to cars and headed over to the opening Red Carpet Reception at VOICE 2008. I was delighted to run into my friend Amy Snively there. 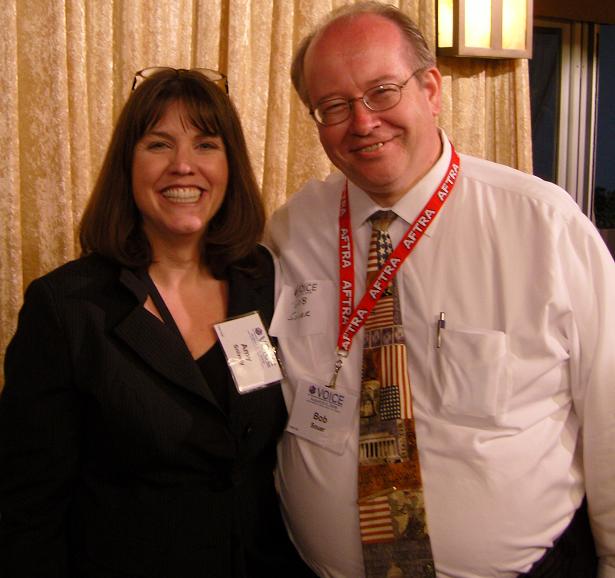 As you can see, neither Amy nor I were very good at keeping our name tags on straight.

I was delighted to introduce my oldest son Eric (who is here with me on this trip to Los Angeles) to Dave Courvoisier, a truly wonderful guy and the Master of Ceremonies for VOICE 2008 (as he was for VOICE 2007.) 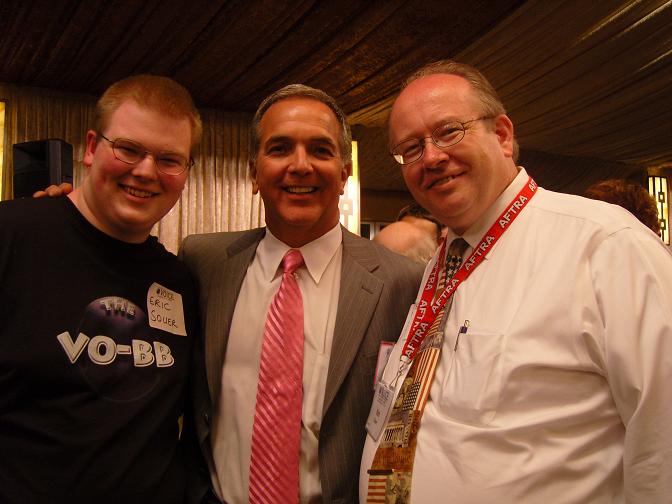 Eric, Dave and I. As you can see, Eric was wearing his new VO-BB t-shirt.

And then we gathered several of us VO-BB folk for a group shot as the evening began to wear down. 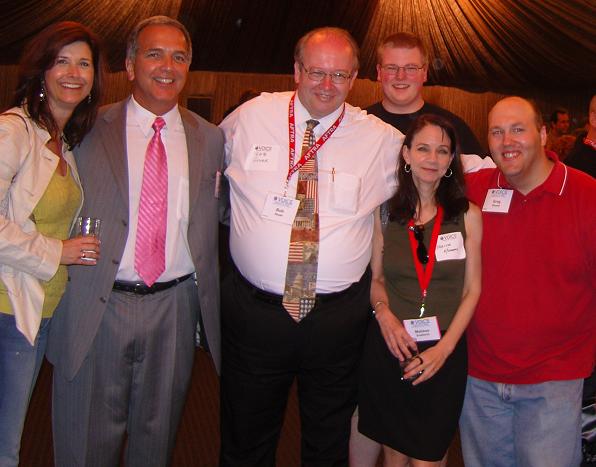 There will be more photos as time goes on. I’ll close with this shot of 3 of the four members of the VOICE 2008 blog dream team taken shortly after we arrived at the event Thursday evening.