After attending the Nancy Wolfson branding session on Saturday morning at VOICE 2008, which included this interesting moment as Nancy used life-sized cardboard images of 3 blond celebrities to reinforce one of her branding points … 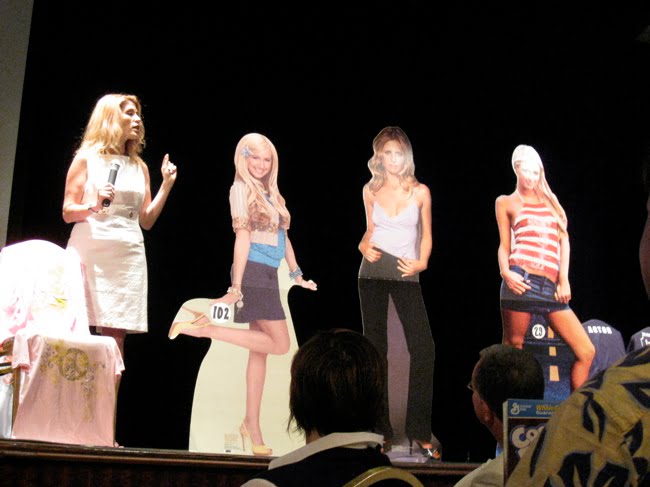 I returned to the Dan O’Day Summit in time to catch Pat Fraley‘s excellent session on voiceover and copy interpretation.

One key suggestion from Pat’s session that I know is going to stick with me: Force yourself to read your commercial script through without any acting inflections or choices the first time. This will allow you to understand the entire story without locking in any wrong-heading acting choices.

Among the VO-BB folk I ran in to during the day were Caryn Clark, Kara Edwards, Rachel Rauch and Gregory Best.

At the end of the day on Saturday, several of the VO-BB members and other new friends joined up in the VOICE 2008 hotel lobby for some delightful conversation. 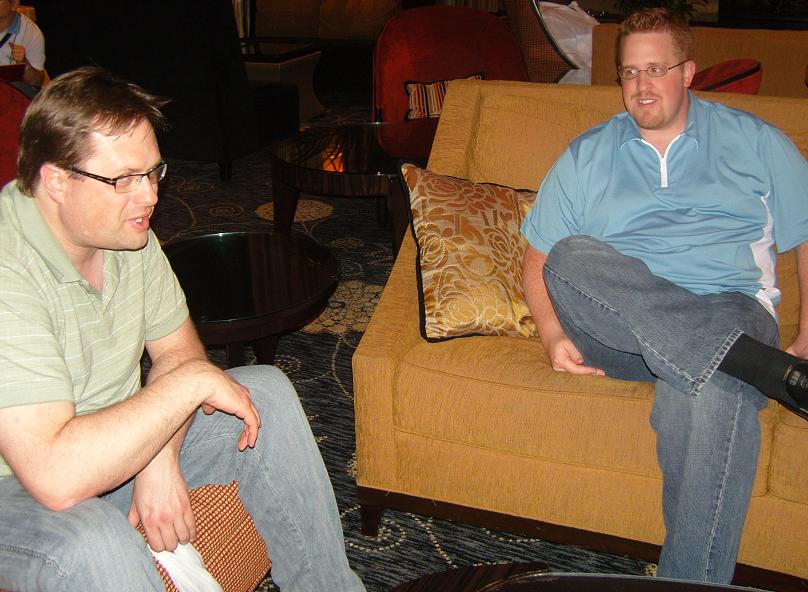 Also in our group were VO-BB members Rick Reid and Ben Wilson.

On Sunday, one of the highlights of the day was Joyce Castellano’s session on promo work. What a bright and interesting lady. Kara Edwards was in the session with me and spotted the amazing audiobook narrator Scott Brick sitting just behind us. Naturally we asked Scott if he’d be willing to take a quick photo with us, which he was gracious enough to do. 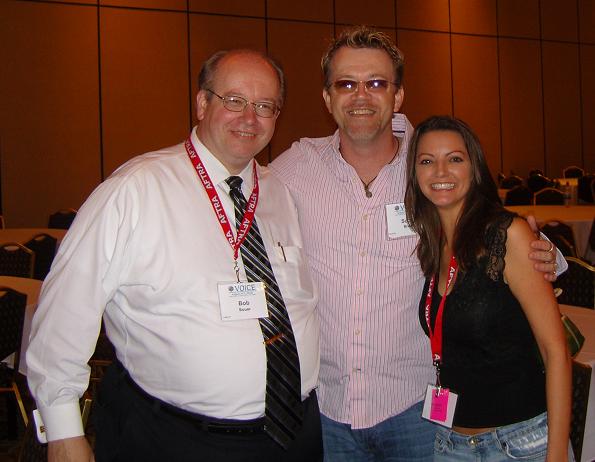 Sunday at VOICE 2008 concluded with a banquet. Since Kara Edwards and Caryn Clark didn’t have anyone to attend with them, my son Eric and I agreed to escort these very talented ladies.

James and Penny presented a Community Award to Rick Party, founder of the Voiceover Universe site. I regret to say my photo of that presentation didn’t turn out; but it was a really lovely moment and a well deserved award for Rick.

And I’ll conclude by pointing out that at the VOICE 2008 banquet, Kara certainly won the Most Amazing dinner award with her vegetarian bowl.