The relationships we develop online can turn into real friendships, when the circumstances are right. Several of my dearest and best friends began through our mutual membership at the VO-BB. One such friendship began with a lady named Chris Fadala. Over time I learned that Chris was not only a delightfully witty correspondent, she was a wonderfully gifted actress.

Another thing I learned was that she was terribly injured a few years before I met her in an automobile accident. She recovered, but had to use a walker everywhere. She never complained. She just got on with her life. She loved her pet birds and her daughter, Delana. And acting. Because she couldn’t be on stage anymore, she chose to pour her attention to voice acting.

Then in December 2008, I needed a few more miles to make sure I would keep my priority status with US Airways, so I decided to take a trip to Boston for a day; which gave me the miles I needed and also gave me the opportunity to have dinner with a number of my friends in New England.

After a flurry of emails, a restaurant was chosen and a decent crowd gathered for a wonderful meal. 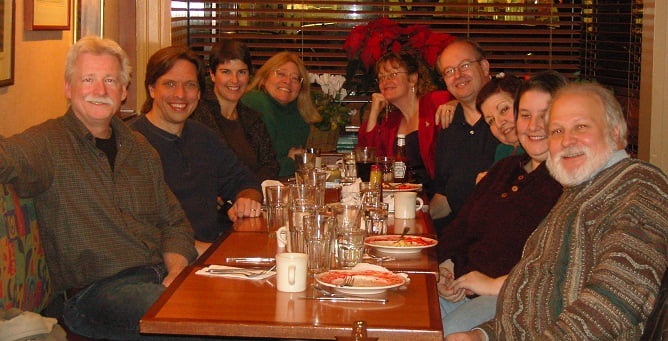 The food was excellent. The company even better. It was at that meal where I got my only photo with Chris. 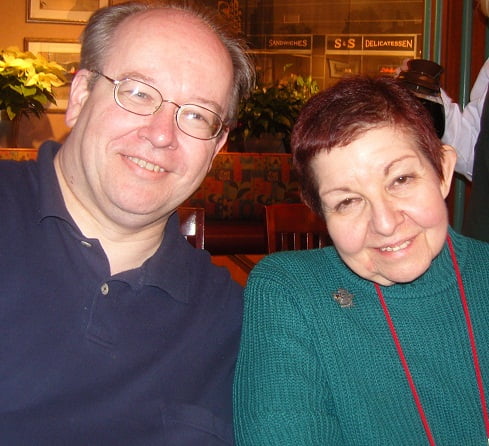 After our dinner, I drove Chris and Delana back to their apartment and visited with them for a couple of hours. We talked about things she could do to improve the sound of her recording space and I gave her a few lessons on how to use Sound Forge more effectively. It was truly a wonderful evening with a lady I admired so much. Chris was such a determined woman. She had such grit and drive. She inspired me to be more excellent.

Sunday morning, the 12th of September 2010, Chris died after suffering a massive stroke a few days earlier. Even now, a few days later, my heart and head are still more than a little numb at this news. I learned this news as we were getting ready to start the second day of Faffcon. At the end of that day as we wrapped up Faffcon, we had a moment of silence in her honor. Even those in attendance who had never heard her name were wonderfully kind and respectful.

Christina Fadala, to give her full name, was a great soul and a wonderful friend. I hope I can be that kind of friend to those I meet along the way.

Rest in Peace, Chris. I do miss you.